With the demise of regional libraries, jurisdictions were left with the task of negotiating rates for access to various online resources in use in their classrooms.  Since rates were often determined by student counts, smaller jurisdictions had very little leverage in negotiating the rates.  In 2013, a number of jurisdictions decided to collaborate to negotiate better rates for online resources by combining their student counts to leverage a much improved cost for the resources.  Thus, the Interjurisdictional Resource Center came into existence, beginning with the subscriptions to Discovery Education, Access Learning and Learn 360. Since then the resources have grown to 25 and are still growing and changing as per the need of teachers.  The IRC was governed through several meetings annually involving representatives of member jurisdictions.  Grasslands School Division committed to acting as the banker for the IRC and Kim Rosenberger was contracted to act as IRC Coordinator.  The goal was simple - "Purchase resources at discounted rates using the combined purchasing power of member jurisdictions".

In 2018, Grasslands School Division notified the members that it would not be able to continue in the role of banker beyond the summer of 2019.  When no other jurisdiction indicated willingness to assume the role, it was decided to approach Alberta Technology Leaders in Education (ATLE) to determine if that association would assume the role of banker.  In early 2019, the board of ATLE voted to assume the role of banker as well as to provide some additional services in the area of communication and professional learning.  The transition to ATLE management is currently in process and will be completed by the fall of 2019.

I worked with the Zone One Regional Center for 10 years until it closed.  I then began my role as the IRC Coordinator and been in my position going on 6 years.  I'm located in Peace river.

There is a basic set of resources identified as Tier 1 resources and Tier 2 resources.  Member jurisdictions must subscribe to one of the tiers as a starting point.  There is an additional lengthy list of Tier 3 resources from which members can choose the resources they wish to license for their users.  The current list of resources in each tier and related costs is:

How to Join IRC

Jurisdictions who wish to join IRC can contact Kim Rosenberger, IRC Coordinator, or call 780-625-8820 for full details. Kim is available on Monday and Friday mornings.

The best time to join is the spring of each year as orders are developed for the following school year.

Management of IRC is very much a communal activity.  Each member jurisdiction is asked to have a representative attend three meetings annually, in February, May and October.  Decisions regarding addition/deletion of resources are a joint decision, as well as any other procedural decisions.  All meetings are online so no travel and minimal time is required to participate. 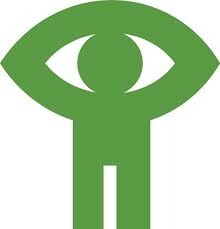 My ATLE membership provides year-round opportunities to connect with others in the field of IT/ET. With various forms of PD, discussions, and sharing, I am confident in being able to serve my own school district with the best and current information out there.

Thank you for signing up!